Bravery is the Ukrainian
culture code

Why is bravery, exactly? Many of you probably have seen or heard about stopping enemy tanks with bare hands, and the phrase said before
the face of death: "Russian warship, go f*ck yourself" (and the ship really sinks in a month).
CultureCommunicationUkraine 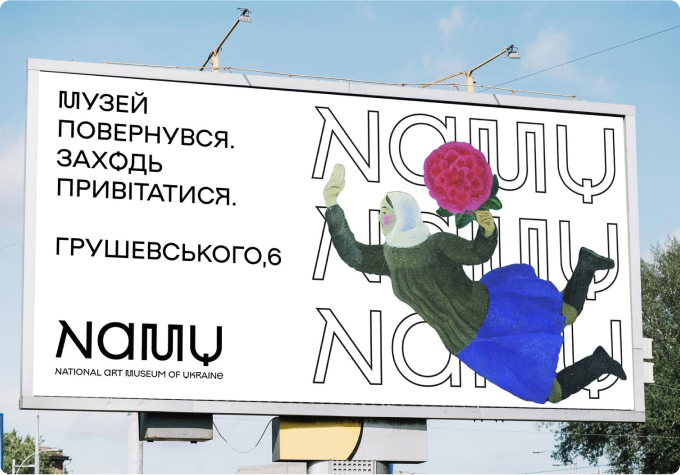 Has it always been like this? Definitely, but perhaps we did not fully realize how brave we are.

According to the book The Culture Code by G. Clotaire Rapaille: cultural code means that the images imprinted in childhood influence how we perceive various phenomena in adult life, what associations we have with this or that object, event, and so on.

Ukrainian history that our grandmothers told us, was “not easy” (Holodomor, repressions, etc.), but that's how we were understanding in childhood that we are brave even before birth.

Rapaille said that about the general culture codes for different countries: in France, the cultural code is an 'idea', since different generations were brought up on French philosophers; for Americans, It`s a 'dream', because who has not heard of the 'American dream', with all the enticing opportunities for entrepreneurs; for Germany, 'discipline' has become a cultural code, which manifests itself in the ability to create accurate and high-quality instructions everywhere and follow them. And with our grandfathers who single-handedly set fire to the military equipment of the invaders, and grandmothers who shoot down an enemy drone with a jar of cucumbers — Ukrainian cultural code is totally bravery, no options.

Throughout the full-scale invasion, Ukraine's communications are clear and confident. We know what we want from foreign partners and disagree with the requirements of the enemy. Some of Zelensky's speeches have already become historic. The courage of the President and all Ukrainians has inspired the whole world.

We called on the whole world to be brave like Ukraine in image communication. Some people may not like this message because it needs action. But when you are fighting for your existence, it is impossible to be comfortable for everyone. The Ukrainian Bravery was placed in 140 cities in 19 countries. The civilized world has accepted this campaign. And partners’ help weighs a lot.

Now it takes a lot of courage to be Ukraine. And bold action should be expected not only on the battlefield. Ukrainian business is developing global ideas, athletes are setting new records in high spirits, and workers are more motivated than ever.

At the end of the book said that we all become citizens of the global community, and each of us is responsible for the cultural diversity in the world. So we, as a creative Ukrainian agency, are happy to fill the cultural code of the world with our brave communication.

Bravo Banda Agency. I like brave creativity. Let me know if I can help you.